Free Shipping On Orders Over $100* 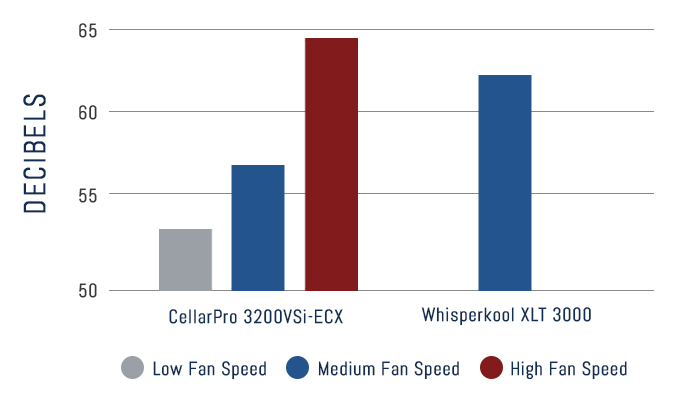 CellarPro's 3200VSi-ECX cooling units with variable-speed energy-efficient EC fans are significantly quieter than WhisperKool's XLT 3000 at the low and medium fan speeds. At the high fan speed, CellarPro is slightly louder, yet it is more powerful at both the medium and high fan speeds. The decibel readings for the CellarPro and, WhisperKool XLT 3000 wine cooling units were measured in identical conditions while the fans and compressor were cycled "on".